What is Rapé, the shamanic snuff tobacco from the Amazon (aka Hape, Rapeh)?

What is rapé? Is it legal? Is it a drug? Is it addictive? Everything I learned so far about the shamanic snuff tobacco from the Amazon (aka Hapé, Rapeh) and how to use it.

Update: Since when I first publish the story, I have learnt a lot about Rapé, also known as Hapé, Rapeh. Aside from some natural appreciation and criticism,many people have given me precious information about the shamanic snuff tobacco. What is Rapé, then?

More and more people keep asking me this question here in Arambol. They see me administering it at the beach at sunset time. They watch the expression of the ones I give it to while the shamanic snuff fills their nostrils. They are curious, and for a good reason.

So, what is rapé after all? Is it a drug? Is it addictive? Is it legal? How can you use it, and why should you? I’ll try to best answer these questions by using my first hand experience, but also with the knowledge of some people I know who have gone even deeper into the world of this powerful shamanic snuff tobacco from the Amazon.

Also known as Hape, Rapeh, Rapé is a very fine, dry, and usually greenish powder. The shamans from South America have been using it for centuries as a medicine. Its main ingredient is a special kind of tobacco.

So, is rapé merely a kind of snuff tobacco? Technically, yes. But this is a very reductive definition. In fact, this shamanic snuff is prepared by several South American tribes, mostly located in Peru and Brazil, through a long and tedious process, which involves mixing tobacco with a wide range of Amazonian medicinal plants.

Every tribe follows a different preparation recipe, which is handed down through generations and kept secret. So, there are several kinds of rapé, each of which has different taste and effect.

Here is what I learnt about it.

What is the shamanic snuff made of?

The main ingredient of rapé (aka Hapé, Rapeh) is a special blend of tobacco called nicotiana rustica, which contains up to 20 times the amount of nicotine usually found in the common tobacco.

The indigenous people who make rapé mix this tobacco with various medicinal plants, such as mint, clover, tonka beans, banana peels and cinnamon.

Some rapé recipes also include more powerful ingredients such as anadenanthera, jurema, and coca. One day I have also, in one occasion tried a blend of snuff with a tiny percentage of datura, which is a very powerful psycotropic plant.

There are therefore many varieties of rapé. Some very mild, others very strong. I have personally tried many of them and I can guarantee that the range of experiences you can have is really wide.

I will elaborate more about this further on.

How to take rapé

As I mentioned earlier, taking rapé is a ceremony. Amazon people administer it to each other using a pipe called Tepi. They insert a certain amount of shamanic snuff into the pipe, apply the pipe to the nostril of the other person and blow the rapé into his or her nose.

This pipe is called Tepi and it is used to administer rapé in the nostril.

An alternative way to take the shamanic snuff is by using the Kuripe, a small, v-shaped pipe that allow one to self administer the mixture.

I personally own several pipes of both kinds. If you are alone and you feel like taking rapé, the Kuripe will do. But my advice is to use the Tepi in most situations.

Having rapé delivered by a skilled person you trust is by far the best way. In fact, the relation of trust with the shaman is a crucial part of the experience. It allows you to focus on the experience itself, without worrying about the process.

The shaman is also responsible for choosing the amount of rapé to administer and the strength with which it is blown it into your nose.

As a general rule, it is advisable not to ask a stranger to use the Tepi pipe on you. Use the Kuripe instead if you are not with somebody you trust who has some experience.

Rapé is often used as a key part of Ayahuasca cerimonies.

When people ask me about the benefits of this medicine, I usually tell them that it gives a sense of clarity, because this is how it feels to me.

But the rapé tobacco benefits are clearly dependant on the composition of the snuff.

With lighter doses and mixtures, the benefits may include a pleasant feeling in your nose, the opening of the nostrils in case of colds and a sense of light detachment.

Right after taking it, I close my eyes for a few minutes to focus on my inner feelings or sensations. When I am administering to somebody else, I usually give her or him a light head massage afterward and focus Reiki energy to the forehead, where the rapé effect is felt the most.

The psychedelic blends of rapé can although induce much deeper effects. It is crucial then to know which kind of snuff you are about to take: You don’t want to start flying if this was not part of the plan!

The side effects of rapé

Different people react in different ways while taking the shamanic tobacco. The most common side effect of rapé is running nose. Every shaman I know always has tissues ready to use.

It is a good practice to firmly blow your nose after being administered, to expel the powder from your nose.

In rare cases, vomiting can be another side effect of rapé. It has never happened to me, though.

So, is the shamanic snuff a drug?

The answer really depends by which kind of rapé (aka Hapé, Rapeh) and what do you personally consider a drug.

If you consider tobacco a drug, well: the shamanic snuff tobacco is also a drug. If it contains psychotropic substances, it is, as a matter of fact, a psychedelic drug.

But if you are into shamanism and you believe that sacred medicine can help you to reach a higher state of consciousness, so rapé is not a drug: it is instead a powerful tool.

In the Amazon, people use rapé both for medical and recreational use. The shamans administer it to cure people from a variety of diseases and to make them reach a better state of mind.

But among the various tribes, people also consume rapé recreationally.

To my understanding, most of the law authorities around the world don’t consider rapé a drug.

Although, because the snuff shamanic tobacco can be made with different herbs, it may be technically treated as a drug when it includes substances that are not allowed by the local law.

Four instance, if rapé contains a large quantity of coca leaves, it can be treated as a drug in most of the countries where cocaine is illegal. But in Perù and Colombia, where possession and cultivation of coca plants is legal in certain quantities and under certain regulations, it can be allowed.

Some people I know have also investigated how to transport rapé between countries. The limitations of carrying shamanic tobacco across borders are pretty much the same of the ones which applies to normal tobacco.

European legislation allows you to carry up to 1 kg of tobacco through immigration. Similar rules apply to the US.

Yes, it is. The main ingredient of rapé is nicotiana rustica, a kind of tobacco that contains a higher level of nicotine. Nicotine is an addictive substance. So, is the shamanic snuff.

Rapé is not to be consumed frequently. Taking rapé is a ceremony, and as a ceremonial substance it has to be treated with awareness and respect..

What people think about Rapé?

Since when I started to share this story I have received a huge amount of opinions that not always match my point of view. Here are some of the most interesting.

Travis: Been using rapé for 6 years and never once felt addicted or compelled to use it habitually. I have never seen anyone get addicted from ceremonial use. I have seen people get addicted when they treat it like a toy though – something to pass the time or get a rush from. Always good to be careful. But I find if you treat tobacco right, it will take care of you in return.

Nikki: Speaking from personal experience, I have been using rapé for over a year and I never once felt that I “need” rapé. I might feel that some of it would be nice, but it’s not the snuff itself, but the atmosphere and the ritual itself that I enjoy. I can go days or weeks without even thinking of it. As a substance, it’s not addictive. But of course, any habit can become a pattern, and patterns are difficult to break.

Danesh: It absolutely is addictive. The amount of research on neurobiological effect of tobacco surpasses any other substance and is conclusive. Method of administration matters, smoking being most habit-forming, but any other form of administration stimulates the brain to want more and develop tolerance. Any nicotine containing product is habit – forming.

Don: Have done rapé only three times. Two of those I was tripping on ayahuasca at a ceremony. For me the rape was very shocking. I found myself humbly thanking all existence for 20 minutes following. Over all I loved the experience and it is NOT something I would do everyday.

Kevin: By using B3 ( niacin) the flushing variety several hours before rapé it reduces the addictive aspect somewhat. B3 and nicotine are taken up by the same receptors in the body. If those receptors are in need of B3 and rapé is used then the nicotine gets absorbed. This is not good, especially over a long period of time. I am willing to bet that at one time there was a requirement to load up on B3 containing foods before using rapé.

That’s it, for now. I will try to update this story as much as possible to share with you what I will learn next.

In the meanwhile, I will be happy to hear from your experiences. Feel free to use the comment section below.

Arambol Open Mic: one of the greatest open mics in...

The Arambol Open Mic is a kind of magic. Not only one of the most traditional music events in Goa, but a must-do for the many...

Kuripe: 10 things to know about the best selling r...

The Kuripe is a bit of a contradiction. It is, by far, the best selling rapé pipe on the Planet. But also the least used...

Update. Right after I posted on the social network my first list of the 10 best songs about climate change and I have received... 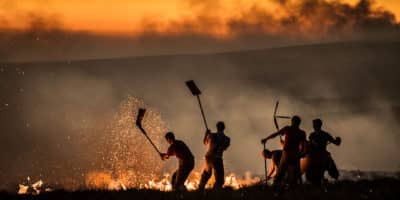 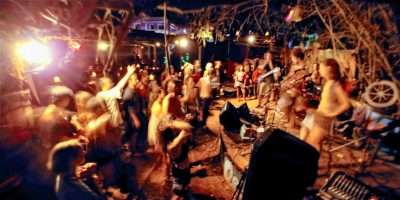 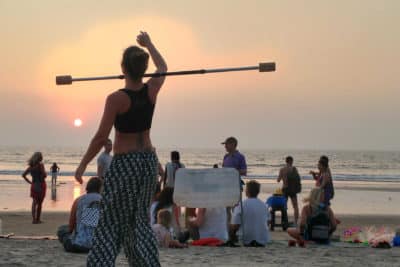